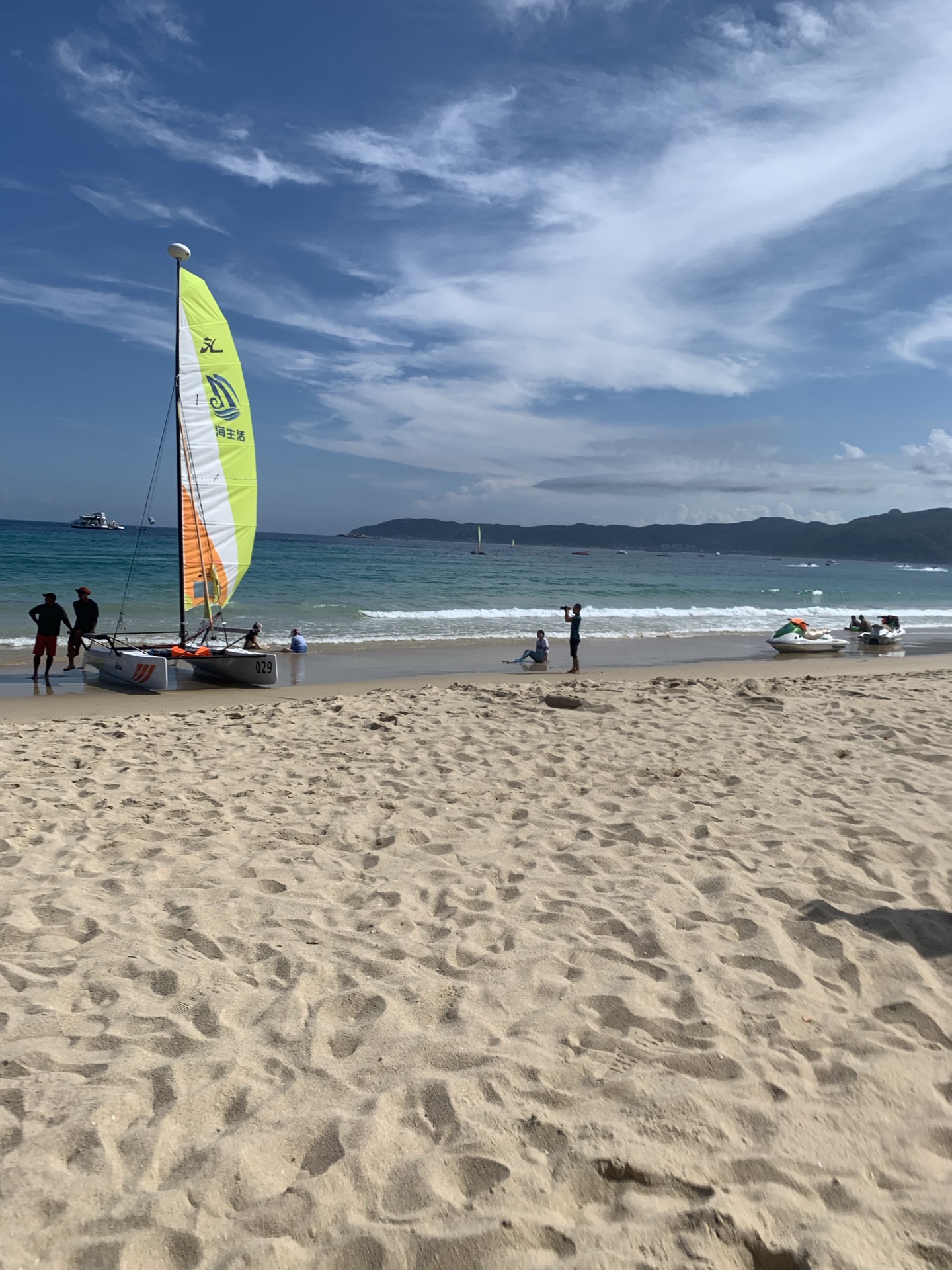 Yalong Bay is worthy of the title of “the first bay in the world”. The sand is fine, the wind and waves are small, the sea is clean, the hotel is high-end, and the beach is mostly the hotel’s private beach, which is unmatched by Sanya Bay and Dadonghai and Haitang Bay which has a large wind and waves, and is impossible to swim in the sea all the year round.

Yalong Bay is actually the most worthwhile attraction in Sanya to visit. Its coastal hotel groups are distinctive and well-designed. The disadvantage of Yalong Bay is that the consumption is expensive. The price of the five-star hotel on the beach are almost over one thousand yuan, but they are indeed good value for money. The whole bay is far from the city, although it is closer than Haitang Bay, it is still more suitable for self-driving tourists. In recent years, with the completion of a number of commercial streets such as Baihuagu and LOVE CUBIC, there have been many catering and shopping near the Yalong Beach. It is very convenient to eat, drink and have fun there.

The waters of Yalong Bay are blue and clear, with high visibility and white sand as jade. The annual average sea temperature here is 22-25.1 degrees Celsius, and you can swim all year round. It was named as one of the eight largest bays in the country by National Geographic magazine. It is a place worth visiting.

Known as the clearest bay in Sanya, Yalong Bay is worthy of its name. The sea water is gradually changed from light blue to blue to dark blue. The sun is shining, but the sea is cool. It is very comfortable for swimming.

It’s very enjoyable to go to Yalong Bay in winter, it’s a funny place that many people have been yearning for. The water is really clear, diving is also very interesting, all kinds of sea projects are pretty good, and the scenery is very beautiful. Fruit and lunch are also very delicious in Yalong Bay too.

Yangtze River Cruises: What Do You Want to Know about?