Lingering Garden occupies an area of about 23,300 square meters or about 5.8 acres and is located outside the Changmen Gate of Suzhou in the Jiangsu Province. It was originally a private garden and one of the four most famous gardens of China. It posses the typical Qing Style and is well known for its exquisite beauty of its magnificent halls and the buildings having various shapes, sizes and colors. This Garden was also listed in the world heritage site by UNESCO in the year 1997. 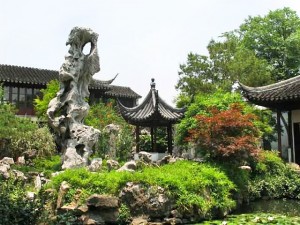 It has a history of over 400 years and has changed several times since then. Each of the owners did his best to make this garden a perfect one. It was build for the first time in the year 1593 during the period of Ming Dynasty by Xu Tai, a retired official. It was bought by Li Shu during the Qing Dynasty. As a lover of calligraphy, he had carved masterpieces on the both sides of the corridors of the buildings. He had also collected the unusual shaped stones in the garden. The succeeding owners also followed his model while doing the restoration works. This garden almost demolished in the year 1930 and was repaired by the government and made open to the public.

Like the other famous gardens of Suzhou, this garden also creates the stunning natural landscapes within the limited space. This garden has domiciles, private gardens and ancestral temples. There are buildings, trees and flowers blended harmoniously in the surroundings of this garden. This garden is divided into central, eastern, western and northern parts according to the style of the buildings. 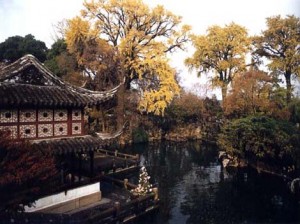 The central part of this garden is the main essence of the whole complex. This was the original Lingering Garden and other parts were added during the Qing Dynasty. You can reach there after going through the winding corridors from gate of the garden. The central part is divided into eastern and western part. The former part has pools and hills while later part dominates in classical buildings. The Celestial Hall of Five peak is the largest hall in the eastern part of the garden and western part has natural scenery.