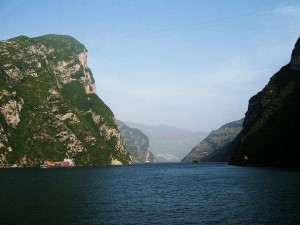 Xiling Gorge, located at the west between the Xisai of the Chu Country and Yiling( the old Yichang), is the longest gorge of the Three Gorge. It stretches for about 100 km from  the mouth of the Xiangxi River at Zigui county in the west to Nanjing Pass near the city of Yichang in Hubei province in the east.

Xiling Gorge is famous for its steep rocks, zigzag channels, strange stones, plenty beaches, urgent water and thrilling boat-taking. It also features dangerous rapids and numerous shoals, of which the latter including the Qingtan, Kongling and Xietan shoals. These shoals came into formation with fallen and rock from banks, boulders and sands that washed down from the upper reaches, veins protruding from the riverbanks, or reefs jutting out of the riverbed. There are treacherous whirlpools and the waters are extraordinarily turbulent from some extent. 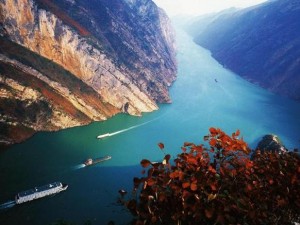 Xiling Gorge can be divided into four section from its upstream to downstream: Fragrant Stream Wide Gorge (Xiangxi Kuangu), about 45 km long with Xiling Gorge; Xilingxia Upper Section Wide Gorge (Xilingxia Shangduan Kuangu), South of Temple Gorge (Miaonan Kuangu) and Xilingxia Lower Section Gorge (Xilingxia Xiaduan Xiagu). And it winds through three cities: Badong, Zigui and Yichang. In other way, it can be divided into two sections: the west section consists of the Military Book and Sword Gorge– with length of 5 km and the narrowest place of one hundred meters; the Bull’s Liver and Horse’s Lung Gorge and Kongling Play Gorge; while the east section features the Shadow-Play Gorge and the Yellow Cattle Gorge, other else known as Yichang Gorge. 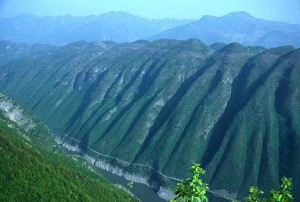 There are also many other archeological sites sitting along Wu Gorge including the Huangling Temple, which is first built during the Three Kingdoms Period (220-280). Besides, the Three Visitors’ Cave and the Luyou Fountain will also catch your eyes by their unique features.