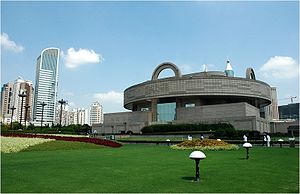 and paintings are some of the distinctive features of the collection of Museum. This Museum looks like a large bronze mirror of the Han Dynasty when seen from the above. It also looks like a bronze Ding from the distance which is an ancient cooking vessel containing many mementos of the about 5000 year old history of the civilization of China.

Shanghai Jewish Refugee Museum is located in the district of Hongkou at the Changyang Road. It was built in the memory of the Jewish refugees who sought sanctuary from massacre during the Second World War. It is placed in the former Ohel Mosche Synagogue. It is the place where the Jewish refugees gathered for the religious activities. This museum has many scrolls as well as other cultural relics.

The prototype of the Shanghai Jewish Refugees Museum, the former Ohel Moshe Synagogue was built in 1927 It was previously the headquarters fo the Jewish Youth Organization in the form year 1937 to 1941. Shanghai has over 25 thousand Jewish refugees and it is the only metropolis in the world who has welcomed Jews as refugee. The number of Jewish refugees that is taken by this city equals the number in total taken by New Zealand, Australia, India, Canada and South Africa. Ohel Moshe Synagogue has now become a synonym for refuge or rescue. 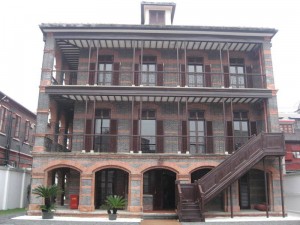 You can visit more museum like The Site of the First national Congress of the CPC, Song Qingling, , The Former Residences of Sun Yat-sen, The Memorial Hall of Fushou Garden, Chenyun and Pingpu Revolutionary Memorial Hall and some specialized museums like Automotive museum, Tobacco Museum, Urban Planning Exhibition Hall, Science and Technology Museum.