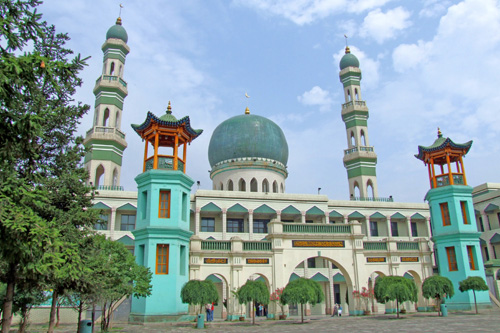 Dongguan Giant Mosque is a famous architecture in Xining which is located in the Xining Dongguan Street Road. Covering an area of 11,940 square mwters, the ontology of the hall in Dongguan Giant Mosque covers an area of 1,102 square meters, among which the north and south building are of 363 square meters for each. Dongguan Giant Mosque has been damaged for many times in history, and constantly been built, the existing building is rebuilt in 1913 with reconstruction and expansion in 1946 and rebuilt in 1979, it is one of the great mosques in northwestern China. Sitting in the west and facing in east, the construct of the mosque is grand, and it features the architectural features of the classic architecture and ethnic style in our country. Inside the hall everywhere and the whole great temple is of primitive simplicity and elegance, solemn, which is full of rich islamic characteristic. It is a provincial cultural relics protection units. 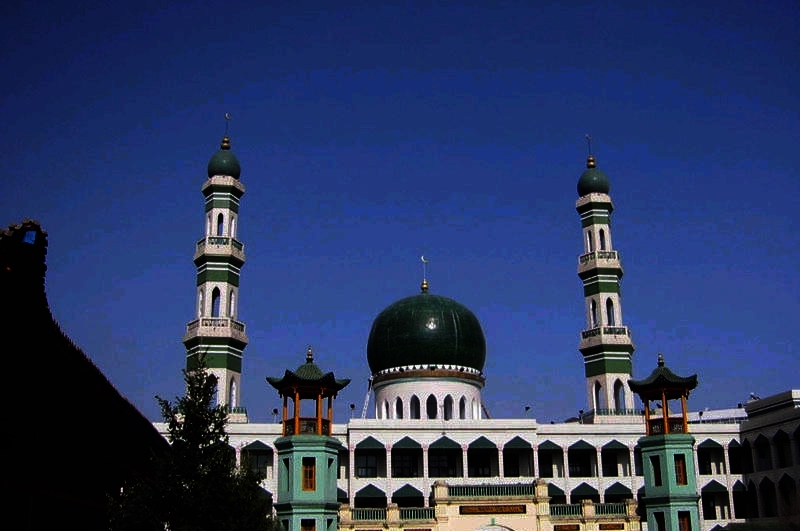 Having a history of more than 500 years, the Dongguan Giant Mosque can accommodate 3000 people for weeks in its middle hall with its area of nearly 1102 square meters, and the hall is decorated with Tibetan fractions of brassy gold vase. Dongguan Giant Mosque is not only a religious activity sites for Muslim masses, and alsohighest institution of higher learning for islamic classics study. Since Dongguan Giant Mosque was built, it has been the imortant place for a vast majority of muslims in Xining region for weekends and meetings. As the important attration for tour visiting, it has attracted numerous visitors to here for sightseeings.