Temple of Soul’s Retreat or Lingyin Temple lies in the long and narrow valley between Peak Flown From Aftar or Fei Lai Feng and the North Peak to the northwest of the West Lake in Hangzhou in the Zhejiang Province. It is a premier showpiece in the environment of West Lake and it is among one of the tem most famous Buddhist temple in China. In the year 1961, it was listed for protection as a key historical and cultural site and considered as one of the leading centers for the research related to Chinese Buddhist culture. 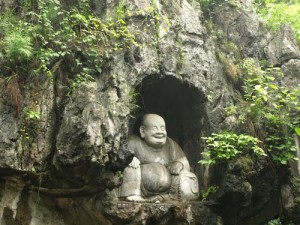 This temple is present on this site since the Eastern Jin Dynasty when according to the belief of people a local legend, Huili who was an Indian monk came here and he was inspired by the spiritual nature of the scenery found at this place. In his mind there was a thought that it is dwelled by the immortals so he had named this temple as the Temple of Soul’s Retreat.

This temple gained much importance during the period of Five Dynasties when the king of Wu Yue State initiated a very large scale development of this temple as a sign of his devotion to Buddhism. Presently, this temple has nine buildings, seventy seven palaces, eighteen pavilions and halls having more than thirteen hundred rooms which provide accommodation to around three thousand monks. Such a large monastery is very much difficult to imagine. However, it has been subjected to many changes due to war, natural calamities and religious suppression. The main building present today is a result of the restoration that was being carried out in the year 1974 when there was ten year after the Chinese Culture Revolution. You can see the tablet inscribed with words which was penned by the Emperor, Kangxi of Qing Dynasty. He was very much inspired by the sight of the temple and named it as ‘Cloud Forest Buddhist Temple’ as temple was shrouded in the mist amongst trees. 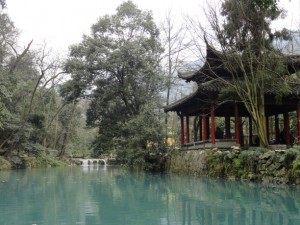