Yangtze is the busiest and longest river of Asia and 3rd longest river of the word followed by Amazon and Nile. It is called as Chang Liang in Chinese which means Long River and the name Yangtze is only for describing the section of the river which is near the mouth. Yangtze also means child of the ocean.

It flows for about 3,964 miles from where it originates about 21,700 feet up in the mountains of Kunlun on the Tibetan plateau which is to the East China Sea near Shanghai. It drops off the Tibetan plateau and descends about 1000 feet in the first 600 miles which is separated by the massive ridges from the Salween and Mekong Rivers. 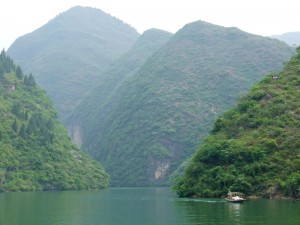 The Yangtze River passes through five canyons, nine provinces and literally divides China between North and South. After reaching the city of Chongqing at an elevation of more than 600 feet, it wanders through the massive alluvial plain and navigable for the large ships. Wuhan is 600 miles inland and one of the major ports of this river. Hanyang, Hankow and Wuchang are some important ports. At the mouth of Yangtze Kiang, it empties into the sea which is about 40 miles wide. The Yangtze River here releases about 8 million gallon into the Sea of East china every second. 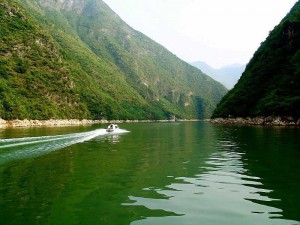