Located in Nagqu, the Changtang grassland is a beautiful desert. This wide highlands expand from Eastern Ladakh to West Tibet, covering 1,600 kilometer area. This charming grassland is surrounded by four mountains and is irrigated by Black and Nujiang rivers.

A significant feature on Changtang Grassland is ‘The Changpa’, a name for the nomads of Changtang. Since the typical land of Changtang  is  not suitable for plantation or farming, these nomads depend their living on livestock. However, land in Changtang is famous for its great pasture land that is covered with a special kind of grass called Naza. It contains high protein. Therefore, many shepherds as sheep and yak consuming this Naza are relatively stronger. During summer when the grass is not green, the Changpa processes milk into butter and cheese. This is done to fulfill their expenses. Also, they barter salt, animals, meat, and wool for the things they need. Striking characteristics of Changtang grassland’s people are their colorful clothing, jewelry, tents, and vibrant apparel of women. Even more, they sing along the way from one camp to another one. 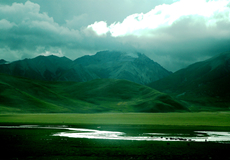 Best time to visit Changtang grassland is in August, during the festival of Nagqu Horse Racing. At this time, local women wear traditional apparel and accessories. Dancing and singing are two main activities in the festival to celebrate the prosperity. There are some art performances such as local epic narration and Chantang costumes’ fashion show. The festival is celebrated in such a way for people to enjoy not only sports but also trade and art.

Two main lakes in Changtang grassland are Tsomoriri and Pangong Tso. The Tsomoriri is included in one of the world’s highest lakes. The visitors are allowed only during summer. The salty Pangong Tso lake completely freezes during the winter. This lake has no fish but a site for migratory birds. 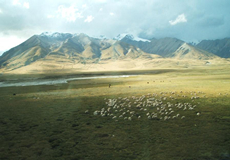 The northern part of Changtang grassland consists of marshes occupied by grey wolves, snow leopard, water birds, and few mammals. Some rare birds as well live in the area along with rare animals like white-lipped deer, wild yaks, and bharals.