When will the best time to appreciate the Three Gorges red leaves?

From the beginning of November every year to January of the following year, the Three Gorges seems to become a section of dazzling and magnificent red leaf gallery. It is colorful in mid-autumn, then become redder and redder in late autumn, and will be reddest in early winter.

The viewing period of the red leaves in the Three Gorges of the Yangtze River lasts for about 3 months, which lasts from the beginning of November to January the following year. Because the height of the mountain is different, the length of the red leaves blossom time is not the same, so the time lasts long. The viewing period of other red leaf scenic spots is only about one month.

The red leaves of the Three Gorges are widely distributed, broadly speaking, it is covering the entire Three Gorges; the vast mountains and gorges, which is east to Yichang, Nanjinguan, Hubei, west to Chongqing Fengjie Qutang Gorge, south to Enshi, north to Daba Mountains, almost are all covered in pieces of red leaves for 70% of the mountain.

Wushan’s red leaf has always been known for its largest area, most varieties, longest cycle, latest bloom, and the most beautiful scenery. Wushan County has red leaves all over the Wu Gorge Twelve Peaks, Little Three Gorges, Goddess Creek and other places, especially Goddess Creek and Cuiping Peak, Jixian Peak and other peaks and Bawuxia are the most concentrated, so these places will become crowded from mid-October. 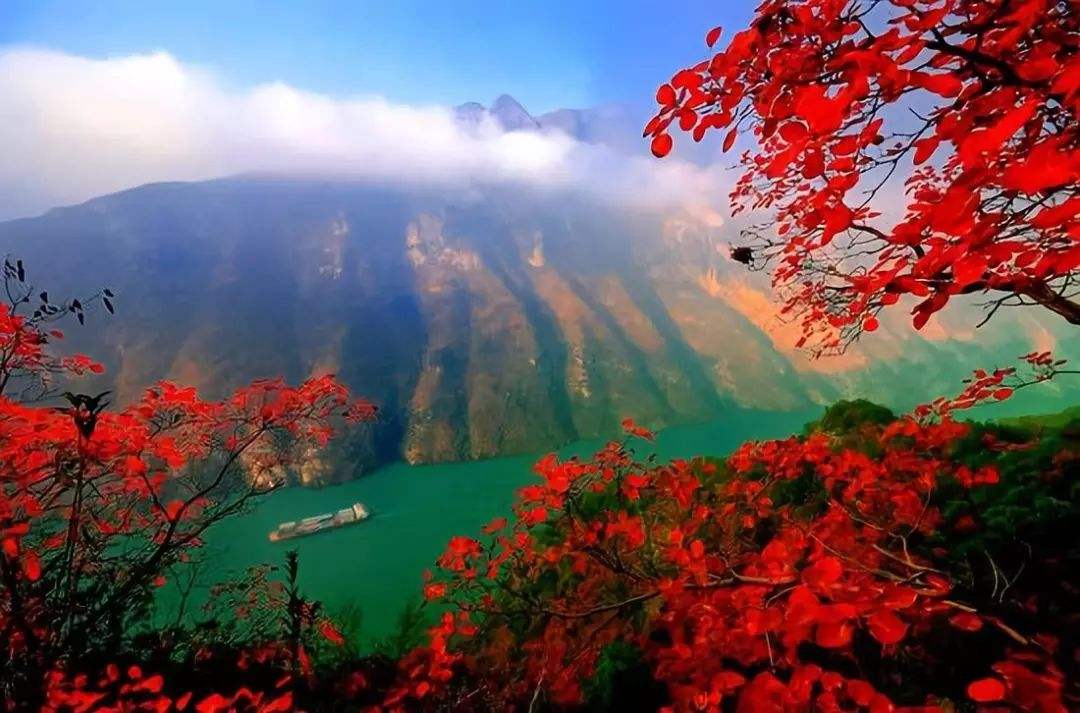 How to appreciate the red leaves of the Three Gorges?

How to Appreciate the Red Leaves of the Three Gorges?