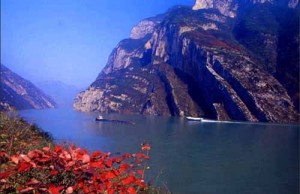 One of the must-see attractions in Yangtze River is Wu Gorge, of course. Wu Gorge, also called the Great Gorge, is the second gorge on theYangtze River. It is located in the downstream of Qutang Gorge and upstream of Xiling Gorge. It extends 44 km from Daning River in Wushan County Chongqing to Guandukou in Badong County Hubei. And it is about 500 km northeast down the Yangtze from Chongqing City and about 150 km upriver from Yichang.

Wu Gorge is long and narrow and the duration of direct sunshine is short, the humidity of the gorge usually yields clouds and mists easily. With mists and clouds curling around, Wu Gorge seems more fascinating and mysterious. It is the most beautiful section of the Yangtze River, flanked by high peaks that are often capped by fog or clouds. The steep slopes of the gorge are green with trees and bushes. It is also the Chinese poets’ favorite place among the Three Gorges, of which provide the inspiration for a lot of sentimental and widely prevailing poems. 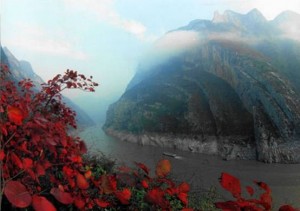 However, what make Wu Gorge famous are its unique features: Marvelous views of undulating mountains, grotesque peaks and deep serene valley and forest covered mountains and changeable clouds and mists wreathing around the tops, you’ll find it astonishing and breathtaking! Major attractions along the Wu Gorge include Shennong Stream, Three Little Gorges, and Twelve Peaks. There are also many other natural attractions in Wu Gorges such as the Golden Helmet and Silver Armor Gorge, the Mouse Hole, Jianchuan Gorge, and Menshan Gorge. 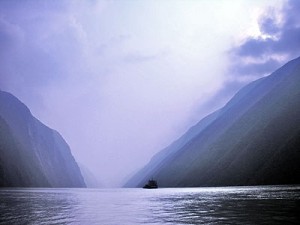 However, among all these attractions,Twelve Peaks of Wushan (Wu Mountain) is the most attractive one, which is located on both sides of Wu Gorge. And among those Twelve Peaks, Shennv Peak (Goddess Peak) is the most famous. It resembles a lifelike slim and graceful girl standing among the cloud and mist. Here goes a legend that As a Chinese legend goes, she was once a goddess who helped people by controlling floods. It faces east, the first to welcome the alpenglow and the last to see off the afterglow. Therefore, it is also called Wangxia Peak (Viewing the Morning or Evening Glow Peak). Taking Photos here is a must-do thing when reach here on your Yangtze Cruise, so, don’t  forget to leave your step and memory here next time.

The best way and the best time to visit Wu Gorge is on Yangtze Cruise by boat at Spring and Autumn, therefore, start to plane your trip to Yangtze River now so as to have a wonderful travel!