According to the Chinese people, unless you visit the Great Wall of China you have not been to China. So, if you are visiting south of the Yangze River then you should not miss the Water town of Wuzhen.

It is located in the centre of the six ancient town which is to the south of Yangtze River and approximately 17 kilometers to the north of the city of Tongxiang. This water town has over two thousand years of history having ancient stone bridges floating on the mild water and stone pathways between dedicate wood carvings and mottled walls.  It is a unique water town and has profound cultural background. 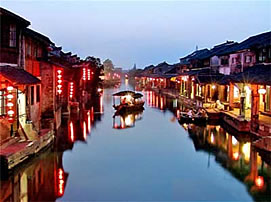 It is also said that the people have been living here for more than seven thousand years and over time it has produced a number of talents. Mao Dun, one of the outstanding writers of modern China was born here and ‘The Lin’s Shop’, one of his masterpieces describes the vivid life of this area. Wuzhen, in the year 1991 has been authorized as the Provincial Ancient Town of Culture and history and also ranked first among the other six ancient towns of the south of the Yangtze River. 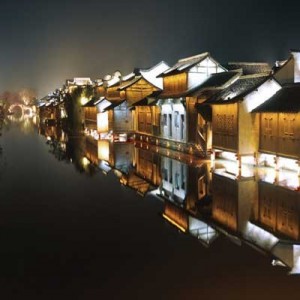 Some of the noted sites to see there are Former Residence of Mao Dun which was the former residence of the revolutionary writer of China, Mao Dun and the Fanglu Pavilion which is famous for tea.