Shanghai is the largest of China and it is an economical, financial and commercial centre. It is very vital city from the future point of view of this country. No other city in this country is much fascinating, vibrate or having such a unique colonial past.

Shanghai is a port city on the Huangpu River where the Yangtze River ends into the sea of East China. This city was initially a fishing and textile town and gained its identity when it was opened to the foreigner power by the 1842 Treaty of Nanking. The French, British, German, Russian and American moved in and settled their Western-style banks, mansion and trading houses which left a permanent architectural legacy. 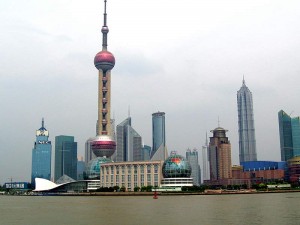 The city has flourished as a thriving commercial and cosmopolitan and financial center in 1920s and 1930s. In spite of being cradle of the Chinese Communism, this city has been neglected during the Cultural Revolution that took place in 1960s and 1970s. In the year 1990, it was chosen for spearheading the reform of modern China and opening up resulting in the intense development. This city has also been the inspiration for the films, novels and cocktails. It is the most evocative city for visiting for an outsider. Beijing might be the more mysterious but Shanghai offers the semi-mythical and half-understood images.

It is always fun to visit to Shanghai. The commercial river- Huangpu, which is a tributary of Yangtze River is lined up having galleries of different architecture called the Bund which beckons curious visitors and locals alike. It was erected during many periods and varies in styles such as Gothic, Baroque or Romanesque, fifty tow buildings stand together in Harmony. When the night falls, the Tow most famous buildings- the Peace Hotel and Bank of China Building are bathed in the lavender light and are telling witness to the past century of Bund. Garden estates, clubs, mansions and cathedrals are scattered throughout the city which were build by the Westerners.