The beautiful water side city of Suzhou in the Jiangsu Province in the Southern part of China is very famous for its elegant classic gardens. The Humble Administrator’s is one of them covering an area of about 52 thousand square meters and it is one of the most renowned and largest gardens. Due to its ethereal beauty and unique design, this garden has gained many special honors. It has been listed in the World Cultural Heritage Site and also has been designated as one of the Cultural Relics of National Importance and Special Tourist Attraction of China. It is also one of the four most famous gardens of China. 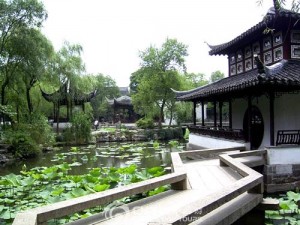 The Humble Administrator’s Garden was originally built during the Ming Dynasty in the year 1509. It was initially a private garden of the former government servant, Wang Xianchen. It is said that he intended to build a garden after his retirement and just do some gardening work such as planting trees and vegetable there, which was said to be a life of the humble man by him. And from this the name of this garden was called as the Humble Administrator’s Garden. The Garden was created upon the old relics of a temple and a resident. Water feature is main background of this garden along with the natural landscapes which includes hills, small forests and rock formations. It also has some man-made pavilions, parlors and halls. Unlike the Grand View Garden or the some other famous gardens of Beijing, it represents the building style of Ming Dynasty. 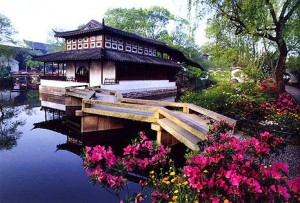 This garden has mainly three sections that are Eastern, Western and Central sections and some of the residents of its former owners. The resident houses have typical style of Suzhou Local residences and whose features could be seen in the famous water township of Zhouzhuang which is not far from the city of Suzhou. The sites of the residences have been rebuilt like the Garden Museum now.