Have you ever imagined standing on a brand-new board on the budget Yangtze Cruise to play Taichi or enjoy sunshine with your family or just experience the marvelous scenery of the magic Yangtze River? Yeah, amazing, unbelievable and unspeakable! Just see here to make this dream come true soon.

The Newest Yangtze Cruise Ships: Yangtze No. 2 and President Prime. 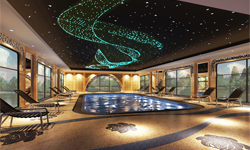 swimming pool of the Yangtze No. 2

Yangtze No. 2, whose first voyage in September 2011 and being the only Yangtze cruise equipped with indoor thermostatic and constant-humidity swimming pool, is characterized by the perfect hull, outstanding interior design, various recreational facilities, delicious foods which are made by the main cook, fabulous buffets, elegant bar, theater, gym which full of art and creative characteristics and most of all the excellent service which offer you the maximum comfort and enjoyment to make your Yangtze Cruise memorable and wonderful. 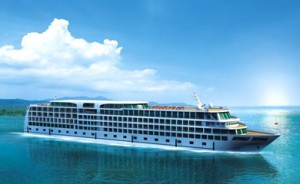 President Prime, with its first voyage on April 15th 2011, marks the new generation of super 5-star boat on the Yangtze River. It offers 187 balcony cabins for 374 passengers in total, including 2 President Suites, 2 Deluxe Suites, 32 Executive Suites and 151 Deluxe Cabins. You will find your leisure time here colorful as it offers various facilities such as beauty salon, fitness room, health clinic, laundry, reading room, shops, as well as telephone, internet and fax facilities. Featuring deluxe and classical European-style, modern technologies, great comfort, elegant design, the excellent service and the smiling staff, the President Prime will leave you the feeling of “Home on the Water”, and you’ll undoubtedly enjoy your trip on the Yangtze River. 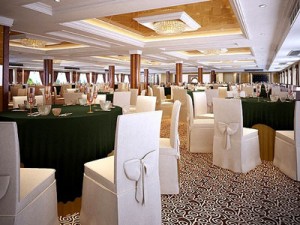 I am sure you are eager to enjoy the astonishing scenery of the Yangtze River on the amazingly brand-new ships, right? Do not hesitate to start planning your trip to Yangtze River in the upcoming spring. You will enjoy the charming scenery along the Three Gorges and the comfort and amusement that the home-like and brand-new cruise ships bring to you at the same time. How wonderful and captivating it is!

The Yangtze River, popular among travelers from home and broad, is one of the great wonders in China. There are 3 ways for travelers to visit the Yangtze River: boats, ferries and hydrofoils, among which the cruise boats is the most popular and comfortable one to make you experience and enjoy the beauty of the Yangtze River through the river with its atmosphere for typically 3 nights or 5 days. Some international boats are as expected to be luxurious with comprehensive facilities such as gyms, huge viewing decks, lounges, and several dining areas; the domestic boats however, are less luxurious with simple comfort. Followings are some introduction about the Yangtze Cruise Ships. 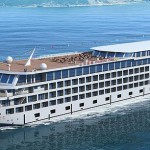 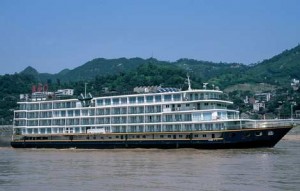 2) Victoria Cruise Series. It is the largest 5-star fleet and the only American cruise line on the Yangtze River offering high-quality and outstanding service & innovative itineraries. It has been the cruise leader for over 17 years and it is the favorite vessels by our overseas clients. It has 7 luxurious 5-star cruise ships on Yangtze River: Victoria Anna, Victoria Empress, Victoria Jenna, Victoria Katarina and Victoria Selina, Victoria Lianna and Victoria Prince, all of them are with enhanced facilities and private balconies.

3) New Century Cruises Series. Another luxurious cruise line on Yangtze River and the most energetic company proclaimed by New York Times 2005; It was prized as 5-star hotels on the water because of the only fleet with a sun deck bar and an a la carte restaurant with panoramic views. And it operate 7 superior 5-star fleets namely namely Century Star, Century Diamond, Century Emerald and Century Sun, Century Sky, Century Paragon and Century Legend.

4) Yangtze Explorer Cruise Ship.  It is the top 1 luxury ship among all the Yangtze cruise ships with its most grand and luxurious cabins offering more personal space; and it has been chosen for the only one ship such as Bill Gates, Warren Buffett, and Henry Kissinger because of its outstanding comfort, meticulous and thoughtful service which is like in a 5-star hotel. 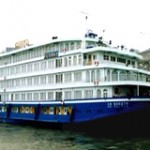 5) OTC Victoria Cruises. It is by far the biggest company runs luxurious cruise fleets on Yangtze River. Yangtze No. 1, Yangtze No. 2, Yangtze Angel, Yangtze Pearl and Yangtze Princess and Blue Whale are the nice cruise ships that it operates. 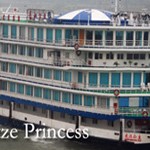 6) 3-Day Yangtze Cruises. They are the ONLY ships offering 3-day Yangtze cruise; and it is the best choice for travelers who are short in time and money. It operates several ships namely M.S. Victoria No. 1, President No. 2 and President No.3. 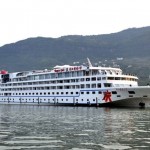